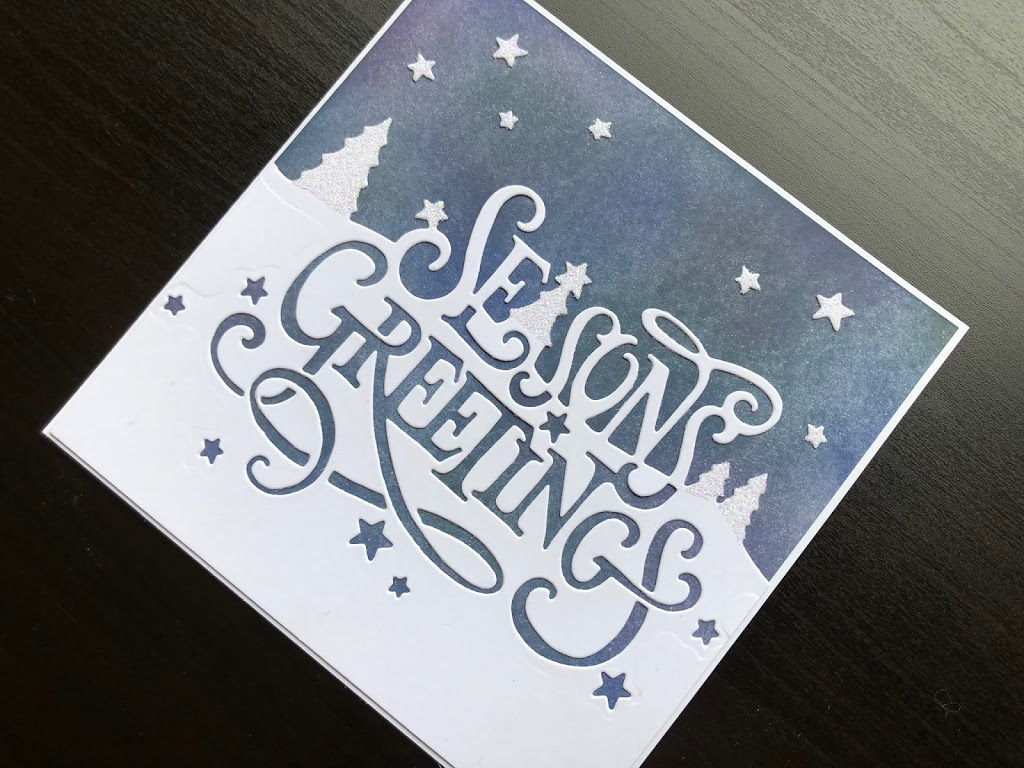 Hi Everyone, I am glad to be getting going with some Christmas cards now, we have lots of new Christmas stock so I am going to be trying out as much of it as possible

Hi Everyone, I am glad to be getting going with some Christmas cards now, we have lots of new Christmas stock so I am going to be trying out as much of it as possible over the next couple of months.
This card is made using the Creative Expressions Seasons Greetings Edger die, I really like the effect that is created by these edger dies and am pleased to say that they cut beautifully even though they are quite intricate.
As the die cuts out several small stars, I wanted the background to look like a night sky so that I could use the cut out stars on it so decided that ink blending would produce the best results. I used four colours of ink to make the background on a 14.5cm square piece of card, starting with smallish patches of the blues and purple then gradually increasing and overlapping them to blend them together. I only used a small amount of the Black Soot to darken a couple of areas.

I used the die to cut plain white card to give a sharp contrast with the dark background, I had wondered about using pearlescent card but opted instead for adding ultra fine crystal glitter to the Christmas trees and stars, which you can just see if you look closely at the photograph.
I used a 15cm square blank card for this which works out perfectly as the die is that width and it leaves plenty of room for the stars in the sky.
Thank you for visiting I hope you like the card, all supplies are linked below.
Debbie x

Back To Top
We use cookies to ensure that we give you the best experience on our website. If you continue to use this site we will assume that you are happy with it.Ok