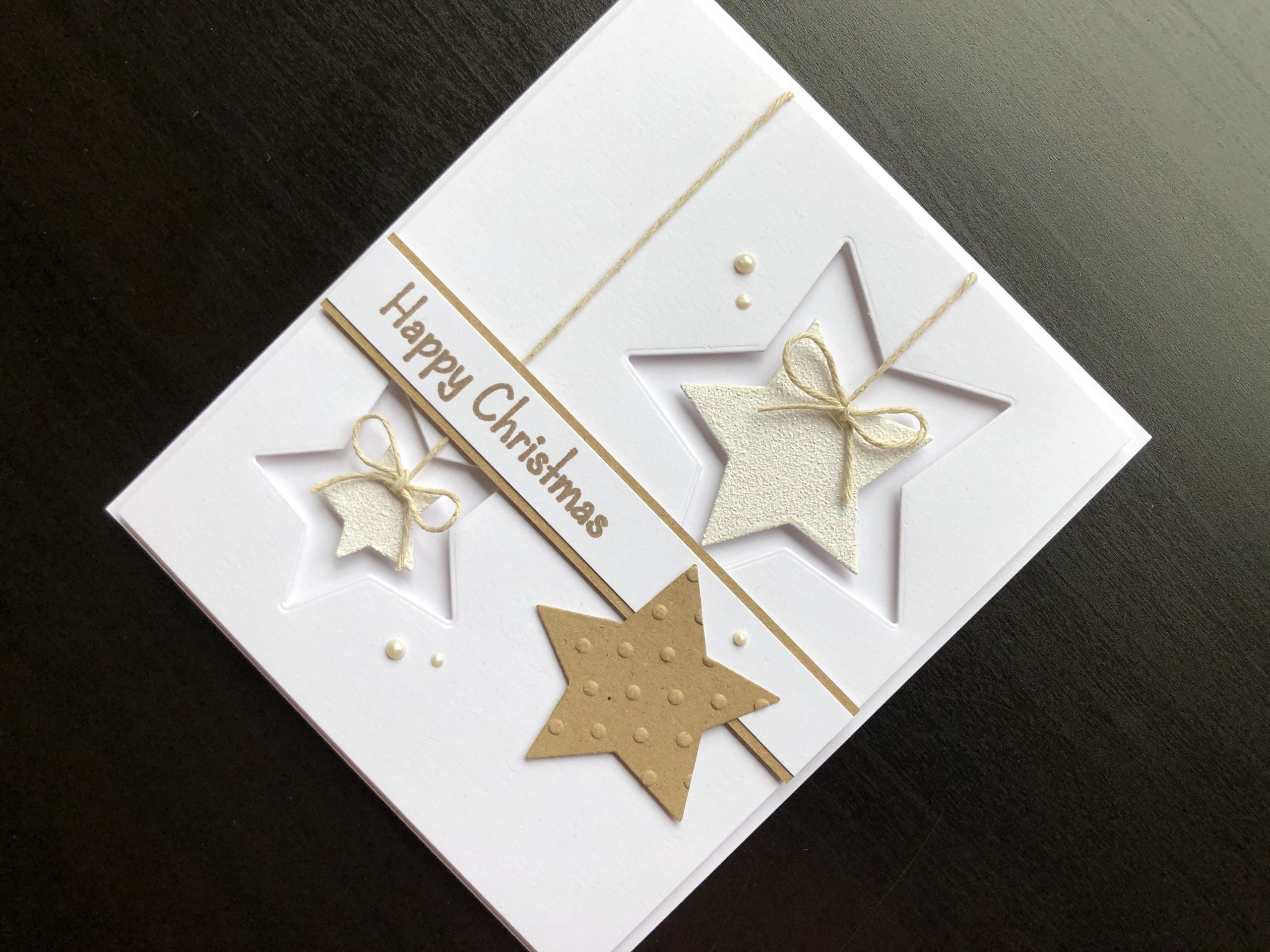 I noticed lots of Christmas cards with die cut stars on Pinterest recently so decided to make one of my own. I like the combination of the kraft and white colour scheme. To add some

I noticed lots of Christmas cards with die cut stars on Pinterest recently so decided to make one of my own. I like the combination of the kraft and white colour scheme. To add some glamour I added a heat embossed finish to two of the die cut stars and some white pearl Nuvo Drops.

I cut, scored and folded a custom sized card blank so that the stars would fit on properly. Cut from plain white card, it measures 12.7cm x 14.8cm, when folded. For the front of the card I cut a piece of white card about .5cm smaller than the card base.

I die cut two stars from the white card one a size bigger than the other, to leave star shaped openings. Then I cut a smaller one from a separate piece of white card. Finally I cut another middle sized star from kraft card and dry embossed this with a dots embossing folder.

Sparkling Snow embossing powder was used to heat emboss the small and medium sized white stars after first covering them with embossing ink. This gives the stars a beautiful texture and sparkle.

I cut two lengths of hemp cord and tied them into small bows, which I attached to the white die cut stars with Ultra High Bond double sided tape. Two further lengths of cord were cut and fixed to the backs of the stars with ordinary adhesive tape, then stretched up to the top of the card, folded over and taped in place on the back. At this point I adhered the die cut card with the stars to the card base using adhesive foam tape to lift it up. I used the same foam tape to fix the white die cut stars in position at the same level as the card front.

I stamped the greeting on to a strip of white card which was mounted on kraft card and adhered across the card front between the two stars. The kraft star was adhered over the end of the greeting strip. The final detail was to add some Nuvo Drop pearls.

I think this card has pretty much everything, sparkle, shine, texture and dimension, so it is a winner for me. I hope you like it too. Thank you for reading, all the products used are linked below.